This was  cool how when you move the characters, you ca change the scene afterwards.

This was similar to storyteller how you could change the end with the connectors.

It was very cool coming to this museum because I saw how computers were made and they evoluted during the time period. 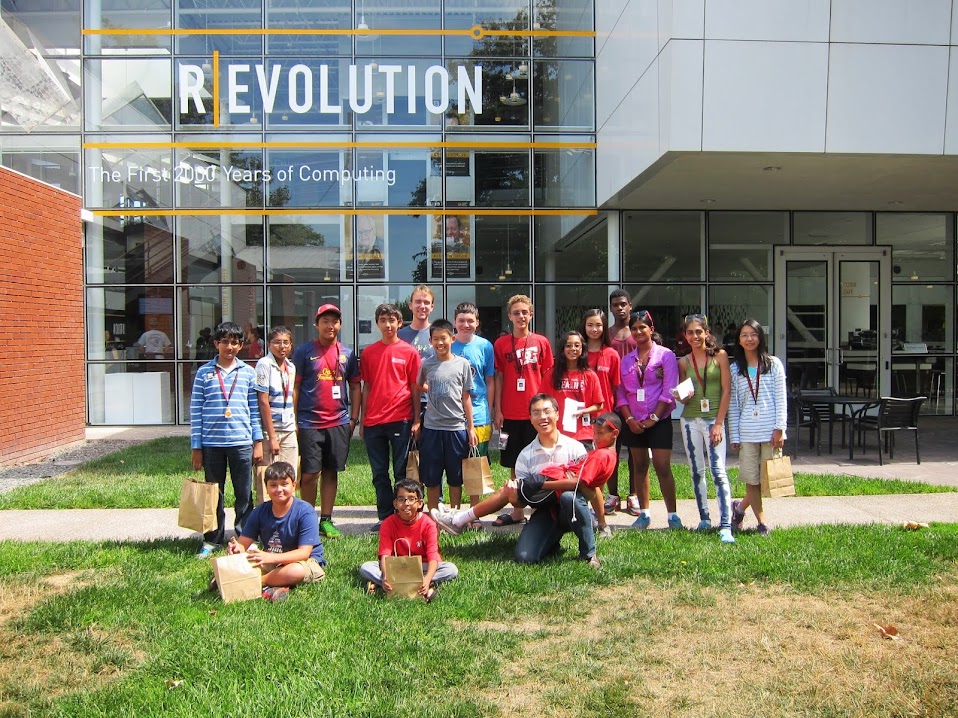 We are going to make circle that glows when you hover the mouse.

This game was cool how you can change the world with tetris. When there is a wall in front of you, then you can switch the game to tetris and put some blocks.

So, we used Eclipse and changed the functions.

The robot arm moved left to right, and up to down. Also there was a claw so it could grip things.

When Eclipse uses the yellow line, it means that the program can run, but there is a possibility that it might not work. But, red line is the error, and it can’t run the program until you fix it.

So the logic error is the error when the thing is not doing the right thing, while compile error is something that the program identifies the error with the code.

So libraries have a separate set of code and if we don’t use it, Lego Mindstorm won’t work because the code doesn’t exist for Java.

Gamification is the use of game thinking.

Kevin was pretty mad, because we messed up a lot of codes. And he was mad because he could’t finish the project.

My team member is: Me (Tomoki), Jordan, and Sultan.

Our robot’s name is: Kevin-Prince-Boateng.

My experience with building my robot was really fun because it was my first experience making any kinds of robot.

First we built the robot,

Then we got the code from online

Then we created a new Java project called LegoMindStorm.

Then we added the Libraries, and

Then we converted the Project

Then we uploaded the code to the Robot

The robot moved forward until it touched the wall and changed direction when we hit there.

So you go to “Files”, then “New”, then “New Java Project” and after that, to start programming, you make a new class.

Getter and a setter are methods that let you read and write the value of an instance variable of an object.

It is an early sample or model to built to test a concept or process to act as a thing.

So you first give two int’s a value and then you will make a third variable and make it equal int 1. Then, you write int1 = int 2 and finally int 2 = the third variable.

So selection sort use two for-loops by typing “for” outside the parenthesis and write how the number switch position when the integer is bigger than the one next to it.

Plagiarism is bad, because copying someone else’s work will not help yourself because you are not thinking by yourself.

You can put a comment about how you got inspired by someone else’s code.

Do something else, that you like and relax yourself, or play some spoprts and forget about programming for a little time.

On Friday, we broke up into teams and did an exercise with combination locks.
In the paper, there was a number written in Base 2, but the number was 41, and there was no such number in this lock.
This was meaningful because we learned that everyone has a different place to start with.
I can relate to this experience because sometimes (more like most times) my life is unfair but trying hard from there will lead to a good result. I tried this game and I thought it was cool how the developer actually made the fire react with oil and gas and stuff. But, I couldn’t understand the point of this game.